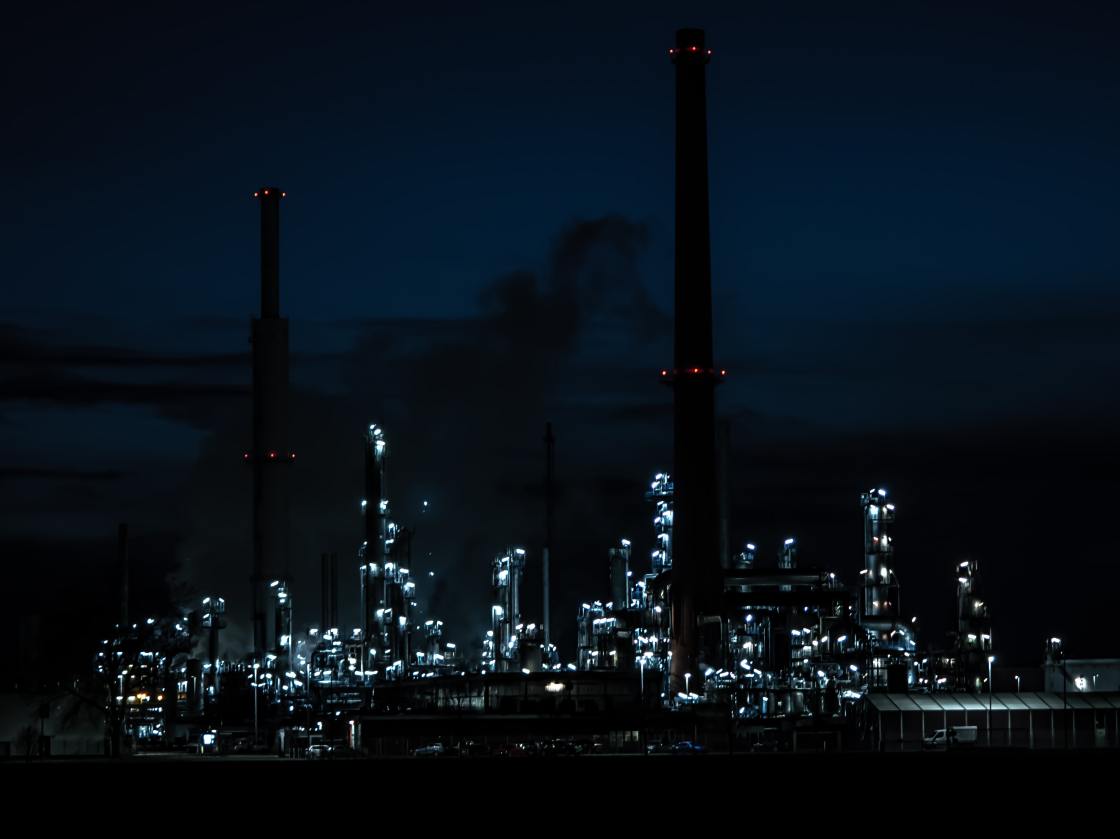 Vanessa pulled out onto the I-45 feeder as the other teenagers yelped and hooted in the Bennigan’s parking lot. It was Wednesday, so they’d be continuing on to Numbers for the 18-and-up night, then to Rich’s. Vanessa had places to be, so she wouldn’t be heading down Westheimer to Montrose with them, but she smiled thinking about all the fun they’d likely have. It was late already when she hit the stretch of road between League City and Dickinson where the lights were always out. There weren’t many cars on the road, and the dark scrub of the coastal prairie undulated beyond her window. Whether it was a moonless night or not, she couldn’t tell, because low clouds hung overhead capturing and reflecting the nearby city light until all that was left was a maroon haze overhead. A couple bikers zoomed by and shot under the next overpass, going far faster than Vanessa’s own 75 mph. Red and blue lights leapt from the shadows next to the overpass and Vanessa watched them take chase. She pumped her brakes in an excess of caution and then felt silly, reapplying the gas. She smirked as she passed the motorcyclists being issued a ticket as she got closer and closer to Texas City and its eerie light show. Refineries shot up on the horizon, flares blazing and lights twinkling into the abyss of the night. The prairie gave way to salt marshes and the rolling scrub fell away into channels and tide pools. As bright as they were, the refineries gave the distinct impression that they were consuming – not giving off – light. The indigo waters of the salt marshes on either side of the highway seemed to be swallowing whatever other light remained. Here, there were no overhead lights, but even a tunnel might have felt brighter. She was nearing the causeway and home. This part of the drive was always the worst, and not because Dmitri’s Cabaret, a pathetic strip club, was a crass welcome to Galveston, but because she always thought of the girls, so many girls, who had gone missing on this stretch of highway. The silent fields seemed to go on forever in the darkness, echoing with screams and cries that nobody ever heard. She shuddered to imagine how many bodies could still be out there that just hadn’t been found yet. Suddenly, the red and blue lights were back, and Vanessa immediately slammed on the brakes. Had she been speeding? If so, it couldn’t have been by much. But the lights were gaining on her and she felt the car slow as time dilated. Maybe it was for someone else? She looked around and saw no other cars, and as she turned to look around, a floodlight assaulted her and the sirens began. She could see the causeway around the next curve, the great dark blot of the bay sloshing around impatiently beneath the bridge, driving the marsh periwinkles ever up and down their stalks of tall grass. The refineries twinkled diffidently beyond the marshes.

Vanessa locked her doors as the man approached her car. He seemed to be wearing some kind of uniform, but it wasn’t the regular khaki of the highway patrol. He knocked lightly on her window. She rolled it down a bit. Do you know how fast you were going ma’am? I think the speed limit. You think or you know? I think. I know. Which is it ma’am? I’m going to need you to make up your mind. And either way, I’m going to need to see your license and registration. Vanessa fumbled with her purse in the passenger’s seat. It was one of those knockoffs from Laredo, an overstuffed number with a front clasp that she just couldn’t get open quickly enough. That’s when she felt the hand grab her through the open window. She gasped and grabbed for the window crank, but the hand knocked her head backward into the seat, winding her. It released for only a second, but that was long enough for her to dive sideways into the passenger seat. She scrambled with the door before remembering that she’d locked it. She wrenched the push-button upward and shot out of the car into the arms of the man who had followed her to the other side of the car. He grabbed her as she scrambled and tried to twist her arms behind her back, but she twisted free and scrambled down the embankment toward the marshes. She’d waded in to her thighs when she heard him come crashing into the water behind her and she slowed, her feet sinking into the muck below the inky surface. The marsh smelled of dead fish and tar, and Vanessa felt herself shoved forward into the water. She let herself go very still as he held her down, face first in the mire. She didn’t struggle. She didn’t scream. She knew he wanted her to scream. She knew he wanted her to fight back. That’s what they always wanted. And she wasn’t going to give him that satisfaction.

When she had gone completely still, the man turned her over in the shallow waters to examine what he’d done. The fetid stench of the marsh was suddenly overpowering. No, not the marsh. The girl was decomposing. Her face had caved in on itself already, the skin bubbling away unnaturally into greasy foam. Her limp hands were swelling and oozing with pus when they suddenly jerked back to life and reached for him, snatching at the front of his shirt and missing as he staggered backward. She reached again for him, slowly, almost lazily and he jumped back again but hit something solid. Not as solid as a mooring, not as trivial as a buoy. It was slick in places and rough in others, and as he tried to bat it away something grabbed his wrist from below the water. A partially-skeletal arm extended upward out of the cesspool and held him tightly as he whimpered. He turned again to face the dead girl, and saw Vanessa once more, just as she’d appeared in the car, whole and without any signs of putrefaction. But she was not alone. She was surrounded, he now saw, by a group of women – mothers, daughters, sisters, aunts. Each of them fixed him with a sable stare but said nothing. He opened his mouth as if to speak but only a whimper escaped his lips before he was pulled down into the grime, leaving behind only ripples that pushed ever outward, delicately reflecting the scant light cast by the nearby refineries. Vanessa climbed out of the water and made her way back to the car, ready to make another trip, up and down, down and up, pushed and pulled eternally by the tide.