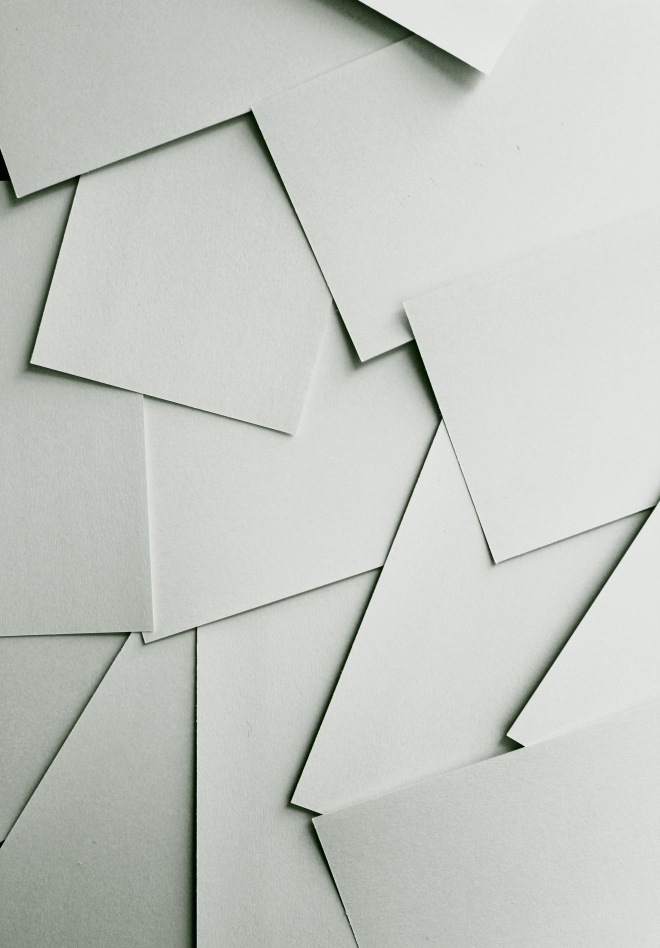 I’m always amused when I read about different literary schools, how they developed, how they are characterized. It also makes me think of an artist I heard of here in Houston who developed his own school of art theory. At the time, I thought, “Can you do that? Can you just make up your own theory of art?” I suppose you can. There’s no rule that you have to wait for Gertrude Stein to walk up and call you “The Lost Generation.”

So I thought a lot about what draws me to writing, what kind of writing I enjoy and why. Some of my formative experiences reading other writers have been moments when I had no idea what was going on, when I had to work for it, and when I was rewarded for hard work with a blooming of comprehension. I’m consistently impressed by authors who require things of their readers: knowledge of foreign language, knowledge of classical Greek and Roman mythology, even just knowledge of other writing or standard writing tropes. All of these things require an investment on the part of the reader, a willingness to be led into strange lands. I think of it as Allusionism (practiced, naturally, by Allusionists): heavily referenced writing that requires foreknowledge to truly understand and appreciate.

In college, we were assigned T.S. Eliot’s “The Wasteland” in a humanities class. I was shocked to learn that this “poem” came in paperback form and that the volume was over 300 pages. Of course, the poem itself was nothing near that; the annotations and explanations of Eliot’s writing far outstripped the actual work in length. At the time, I remember thinking, “How successful could a poem be if it requires a few hundred pages to even understand the damn thing? After all, if I read a poem and can’t understand it, then hasn’t the poet failed to touch my soul?” Yes. Perhaps. But as The Wasteland unfolded around me, and as the critical edition helped me move beyond my own ignorance into Eliot’s world, I realized that it wasn’t Eliot’s job to bless me with his own profundity. The poet merely draws the door and hands the reader the key. If the reader merely chooses to gaze longingly, stupidly at the door, that cannot be the poet’s fault.

Paradoxically, I often lament the inaccessibility of poetry, even when I find it beautiful and moving myself. Ezra Pound’s Cantos XIV is a fantastic example of damnable impenetrability for the vast majority of readers. As with most Imagists, he drew heavily on classical references, any one of which could form the basis of a lengthy analysis. But even more basically, a good portion of the poem is written in French. So a reader who is simply unable to read French will have to rely on a translation – a necessarily imperfect rendering of the poet’s intent – to even understand the context. Certainly all readers – even those not familiar with French – can glean from this passage the disorientation and anomie that Pound is attempting to convey. But knowledge of the language, a knowledge that would take years to build, is necessary to understand the poem on a deeper level. Similarly, though a bit more amusingly, Pound includes a section that gorgeously depicts a German or a Swedish soldier speaking English:

To a weaker reader, this might easily appear as just another verse in another language, but it is in English, more or less. Yet, of course, it requires work to get through, to sound out. It almost begs to be read aloud, to roll the words around in your mouth to see what they feel like and hear how they should sound. And every time something falls into place, it’s the poet’s gift, permitting the reader the honor of doing the work to understand the poem.

So I draw doors and hide things behind them. And I don’t worry so much if nobody else wants to open those particular doors; that’s up to them.